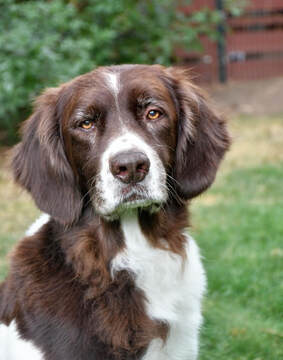 Booker
Esp. Ch. Joksan NABAR The Gloucester CGC, aka Booker, 22 August 2008 – 18 December 2019
​
Rob Key brought Booker to New Mexico from the Netherlands for me. I can still vividly remember watching Rob walk him through the El Paso airport. Rob was beaming, walking this tiny, happy, self-possessed, puppy on a taut line. His head held high, tail up, prancing, the self-elected Prince of the El Paso airport – Booker. All Drent puppies are super cute, but Booker was more. In fact, he was more with about everything. His brother Paxson was the moderate, Booker was flash, bang, pop. Why not? I mean if you got it flaunt it. He was a handful, he was beautiful, he was naughty as hell, he was sweeter than them all. He was Booker, named after my favorite bourbon (back when it was personally attended to by The Booker Noe, a hand selected sugar barrel bottled, uncut, unfiltered, and likened to a runaway freight train - Booker’s) he was pretty damn much the same – too much. But when you liked it, was it really a problem? Just grin and bear it, be a man LoL. Booker was born for the show ring, confidence poured out of him, what could he not do? Without much fanfare he quickly became the first beauty Champion of Spain for the breed. He was judged by some of the most prestigious Group 7 judges in Europe – he owned them despite his shortcomings. He was guided in the art of hunting by Terry L.  Chandler Sr., a huge name in the German Shorthair community. Booker was a wickedly effective hunter of every game bird presented to him. He was hunted about everywhere on about everything with about everyone worth a squirt of piss. His resume is missing only the prairie grouse, the mountain quail, ptarmigan, and the Himalayan Snowcock. The more he was bragged about the worse he performed, the less that was said, the better. He knew he was in charge – that was Booker, take a sip, enjoy the ride. Fighting, it was for little girls and sissies. Booker sired two lovely and large litters of Drents, with many becoming involved in active breeding programs here in North America and possibly even back in the Netherlands. He was on track to sire his third and last litter, but as fate would have it, his condition deteriorated at an astonishing pace and so was not. Neil Young can be quoted as having said, “it is better to burn out than to fade away” and that is certainly how Booker lived his life from the beginning. Go big or stay home. He started with a transatlantic/transcontinental flight and passed quietly with his head in my lap. Go run with Pax my friend, run hard. 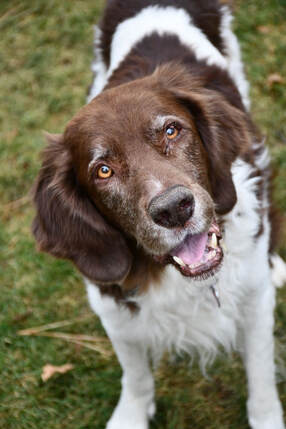 Paxson changed my life in ways no other dog has, nor likely to compare. He was the dog who ignited my passion for the Drent and inspired me to create the DPCNA, and then my own kennel. Through him, I have met so many people I would have never met otherwise. If we are, to be honest, he is also the reason for so many more North Americans learning about the Drent, and why they now have or seek to obtain one. Not a normal dog at all. Paxson was my first from pup bird dog and my inexperience and lack of understanding were evident in his work, but it was through no fault of his own - it was all me. Still, he managed to get hunting pheasant sorted out and was deadly on Mearns quail. There wasn't much Paxson, and I didn't do together: hike, hunt, bikejor, and canicross to name a few. Most of all he was my beautiful friend, always nearby and always ready for a new adventure. He was the consummate 'good boy' from his first days to his last. Paxson was born in Boxtel, The Netherlands, and because of my military career, he lived in New Mexico, Spain, Idaho, and Washington. He also had the opportunity to travel to many other places in between. His stately looks and gentle disposition drew people to him wherever he went. Paxson had a life filled with love, as many mud rolls as he could manage, and plenty of adventure.
I can't imagine a day when I will not miss him. 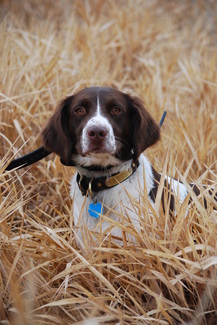 I said it a while back, some things are just meant to be. Picked out as a favorite at ten days of age while visiting our friend Ali in Belgium the timing wasn't right for us to get a pup from the v. ‘t Jasperspad 2012 litter. As luck would have it, Lady was exported to the U.S. Then during the spring of 2013 Lady’s family had a game changing situation and she needed a new home. Originally, we took Lady in as a foster on behalf of the DPCNA, right smack dab in the middle of our multi-national/multi-state relocation. Much to our surprise, she immediately fit into our family and timing be damned, we decided to end our foster care and just keep her. Lady was the sweetest of all Drents, intelligent and a fast learner as well as being very athletic. Her hunting experience was limited, but what she demonstrated in training situations was very favorable. She stuck points like a thrown javelin at the terminus of its flight. Lady's last day was both a great day afield, and one I couldn't wish for anyone.  She made her first point on wild Mearns quail, very nice, solid, and stylish.  Shortly thereafter, I'm not certain if she became spooked, or went chasing deer, but in the end, Lady had to be put to sleep due to the injuries she had sustained.  Our beloved Ladybug, may you point as many grasshoppers, rabbits, porcupines, and of course, Mearns quail as you like our loving, sweet little friend. 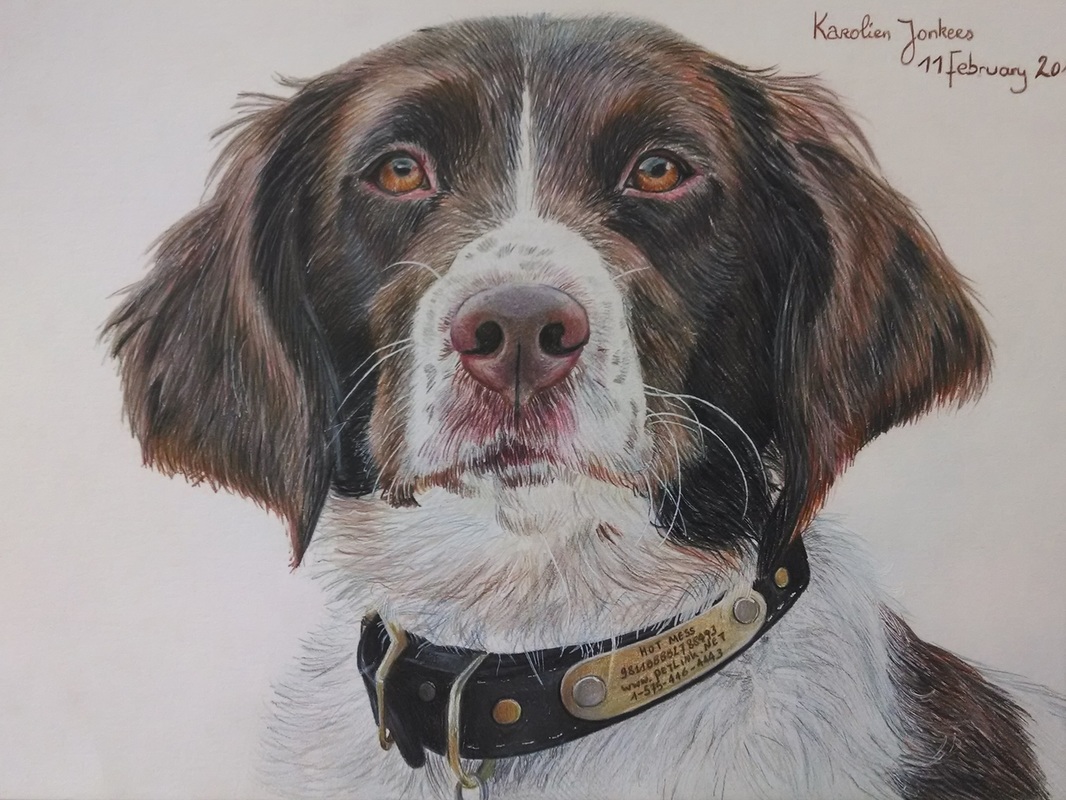